I just returned from my second trip to Jardines de La Reina or Garden of the Queen which is a marine protected area in Cuba. Its probably one of the healthiest Caribbean reef systems I have ever witnessed in my 30 years of diving. Over time and experience as a professional diver and photographer you tend to recognize that which appears like a healthy reef by witnessing life on the reef as a whole. If you stop and watch the activity, you will see schools of larger pelagic fishes moving through the water column, the presence of predatory fish on the reef (varied types of groupers, barracuda, mackerels), schools and schools of medium to smaller reef fishes, many active fish cleaning stations, healthy hard and soft corals, multiple types of corals and sponges thriving, the lack of green and red algae and a abundance of unique fish species not seen in other locations.
The one not such great inhabitant is the ubiquitous lionfish! The group that is running the diving ops out there, need to implement a strategy to really keep the lionfish numbers down especially in the 15-100 foot depth range where many types of small fishes are extremely vulnerable to being their prey. I completed 20 dives (22 were offered) during the 5 days out at the marine park of which I photographed three species of fish I have never seen and one that I chase down with the wrong lens. All of which have "golden" in their name:   Golden Basslet, Golden Hamlet and Golden Coney... 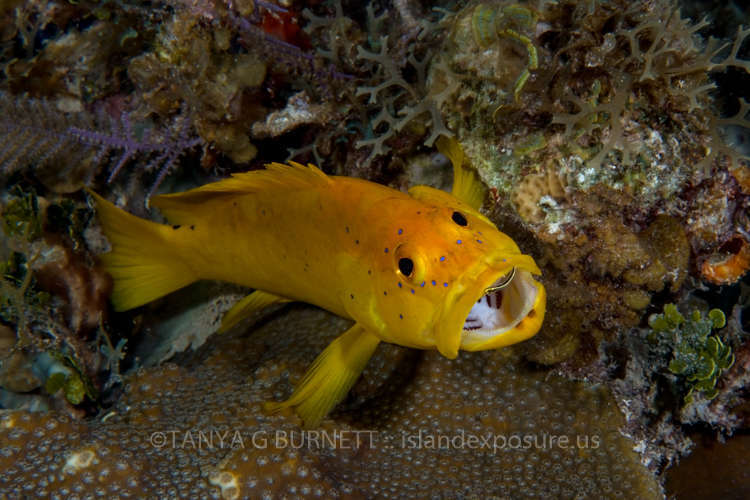 During the trip, we were able to photograph an American crocodile, Silky sharks, and Caribbean reef shark among other life on the reef. I even got the opportunity to snorkel around one of most intact Elkhorn coral reefs I have seen in a long time.

Despite the hoops of traveling to Cuba, its worth every annoying detail to see this place so alive and healthy.

Today, NAUTICAM made me one of their featured pro photographers, what an honor! Thank you! Click this link to read the article by Hergen Splanik. ARTICLE

Being photo naturalists, we are always seeking unique subjects to admire. Take a look at what nature delivers when you seek out colorful abstracts.  https://spark.adobe.com/page/y...